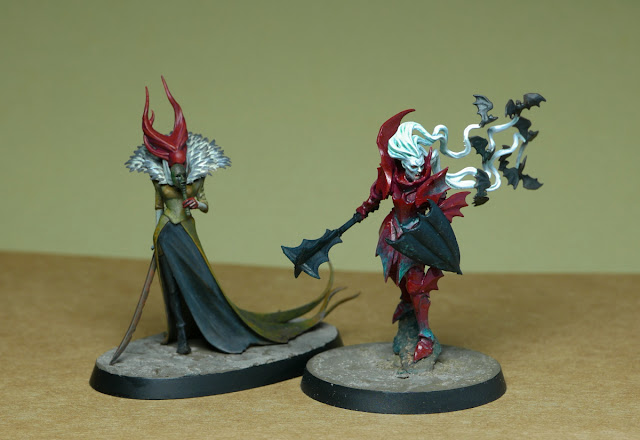 Two very different vampire overseers for my Soulblight Gravelords force, adding some much-needed flesh and lots of blood to an otherwise very boney army. Pics and painting process below the jump... 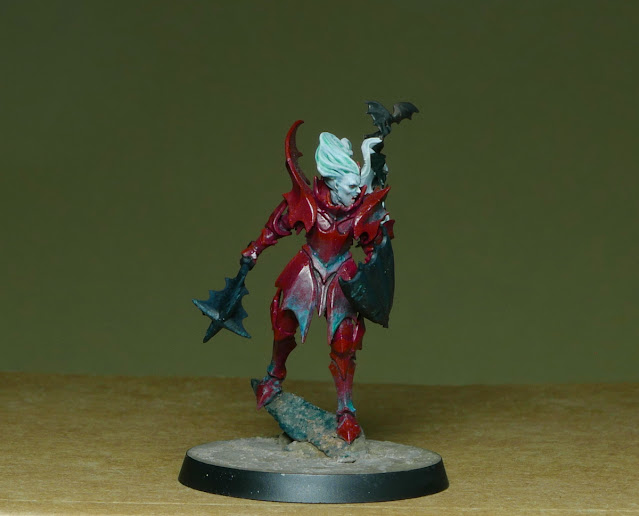 These two models are the sculpts that sold me on this year's Soulblight Gravelords release. In terms of body proportions, they're unusual for Games Workshop sculpts. They're unusually slender in ways that express differently on each model. The Lord is nicely androgynous in an elegant suit of armour that's a far cry from the usual bulky armour that GW models tend to wear. 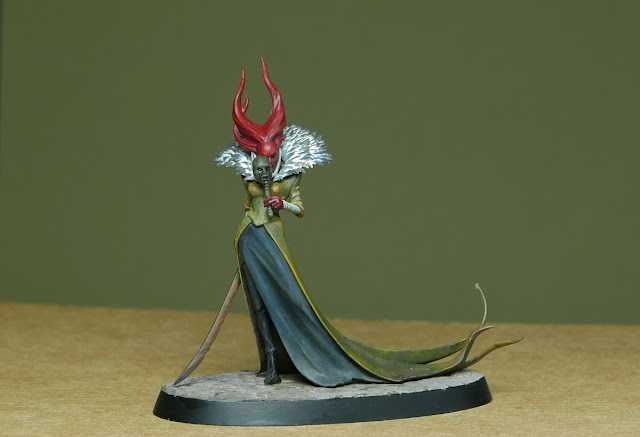 Lady Annika on the other hand is emaciated and angular. A model that looks like it stepped right out of a John Blanche sketch. The use of a long base to fit her flowing cloak is a nice touch. While I'm not a fan of including named characters in my own fluff, I love this model too much not to have included it. 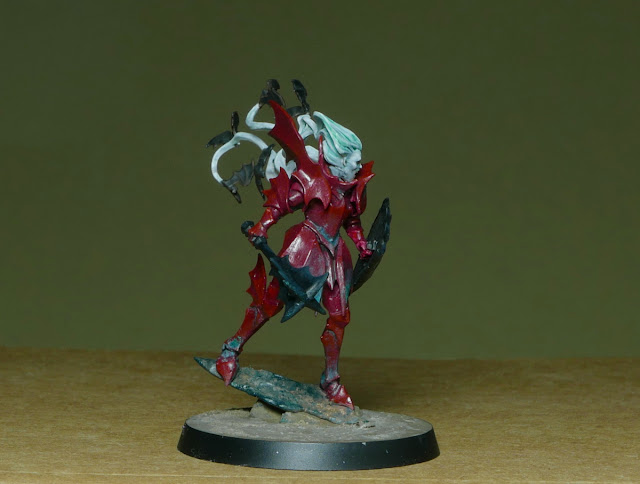 Both vampires use deep blood red in their colour schemes - something that doesn't appear in the rest of the army, which is green bronze and bleached bone. To tie the vampires in a little more, I used a few subtle color cues from the army, such as the same verdegris green that's a part of my green colour scheme, and a distinct blue-green hue to the "black" parts like the mace and shield. 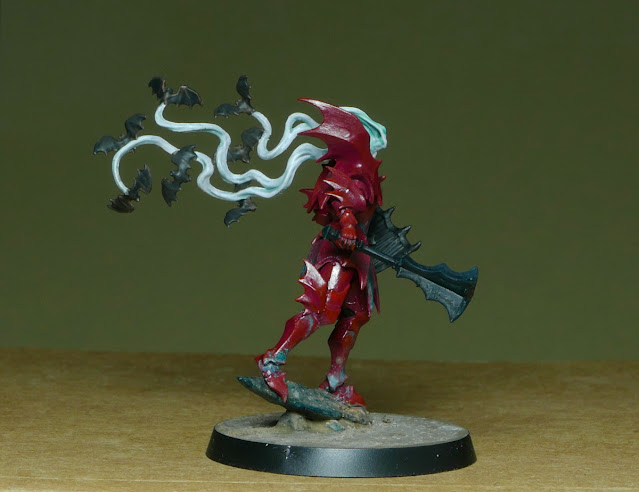 The Lord's armour follows from the cover of the Soulblight armies book. I built up as smooth a red as I could, then applied thin coats of gloss varnish. Unfortunately the gloss knocked out a lot of the highlighting and shading I worked on but it's my first time trying a gloss effect so I'll learn from it! 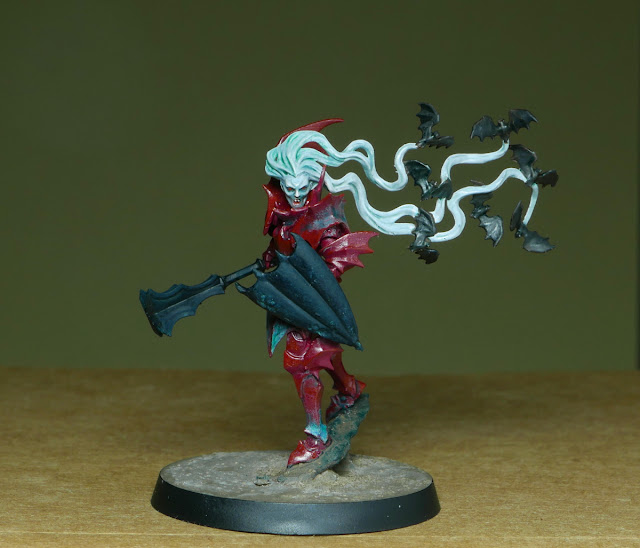 Both vampires got an unusual skin colour that matches their hair. I wanted to push the idea of their unnaturalness. So for the Vampire Lord, a glowing blue-white pallor, and for Lady Annika, a devilish blood red. 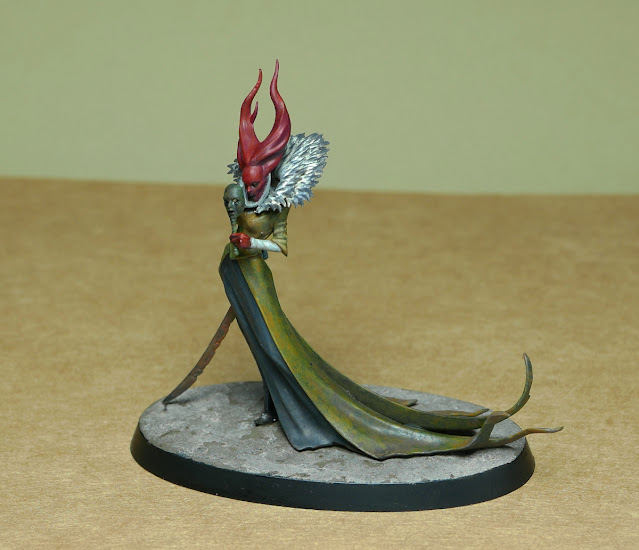 In contrast with the Vampire Lord, Annika was a chance to work in the more neutral coloours from the army's colour scheme. Her death mask uses the same bronze technique as the skeletons' armour. And her robes use a more saturated version of the ochre robe colour that appears in an ancient, bleached form on the skeletons. 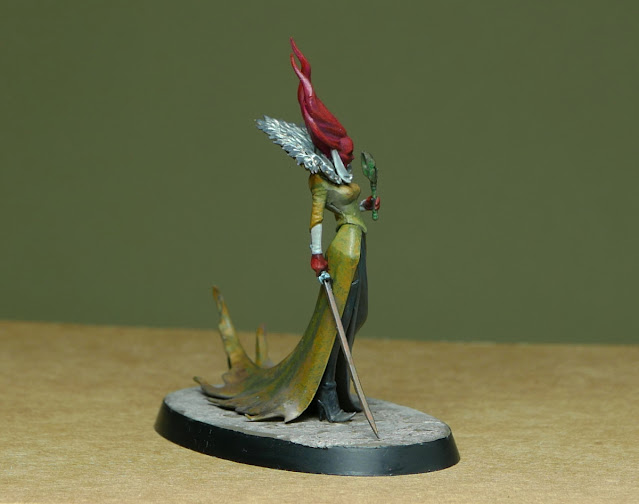 In my lore for this Soulblight army, the vampires are in fact younger than the rest of the force. The Host of Hazurbanipal IV was ritualistically resurrected after 4,444 years of rest in Hazurbanipal's mausoleum. The vampires are more like attachées assigned by Neferata to keep an eye on the undead horde (perhaps as punishment, because it's tedious work for a vampire). 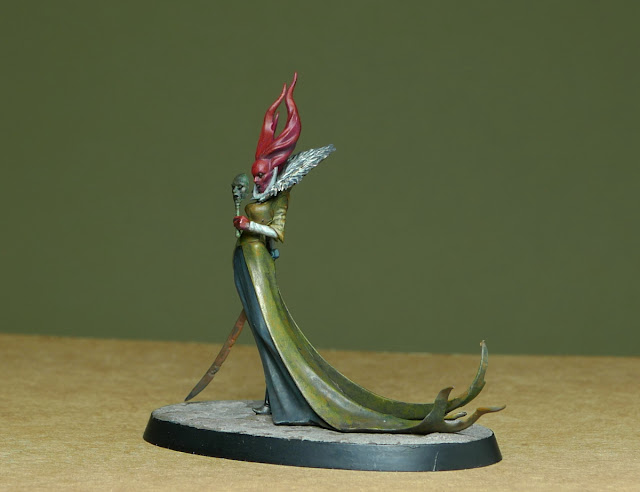 Thanks for following! Remember you can keep up with me on Instagram, where I post a bit more frequently these days.