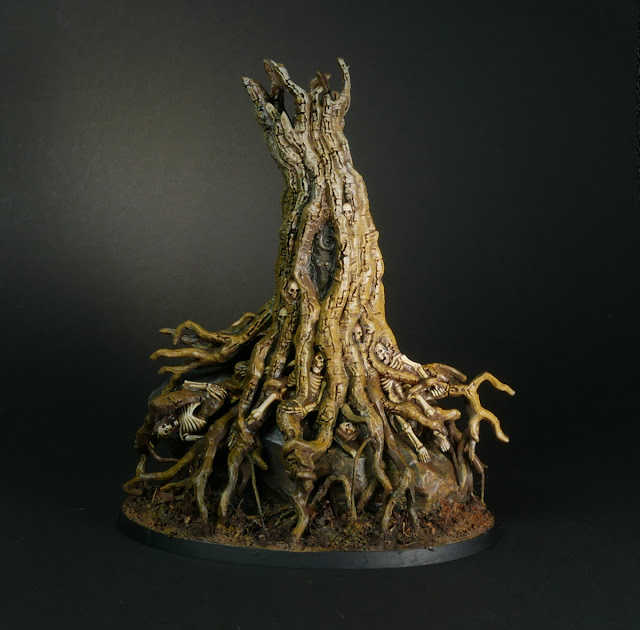 A centerpiece for my Beasts of Chaos project, and the first piece of terrain I've worked on! More pics and background below the jump...

The Beasts of Chaos's free scenery piece is an ideal candidate for some Chaotic reinterpretation. Even in the earliest lore for Chaos factions, Herdstones (and/or Monoliths) are described as taking all sorts of bizarre forms. My own version is inspired by the art from the 6th-7th edition Beastmen Army Books. Particularly the Tree of Woe.

I like the idea of a faction terrain piece in Age of Sigmar. It's a cool way to officially include a "non-combatant" scenery piece in your army, which reminds me of very old school stuff like the baggage train in early Warhammer Fantasy Battles. As a prominent centerpiece, it can do a pull a lot of weight in contributing to the army's overall look. Sure you've got all of the warriors, but what does their environment look like? What sort of place do they live in? 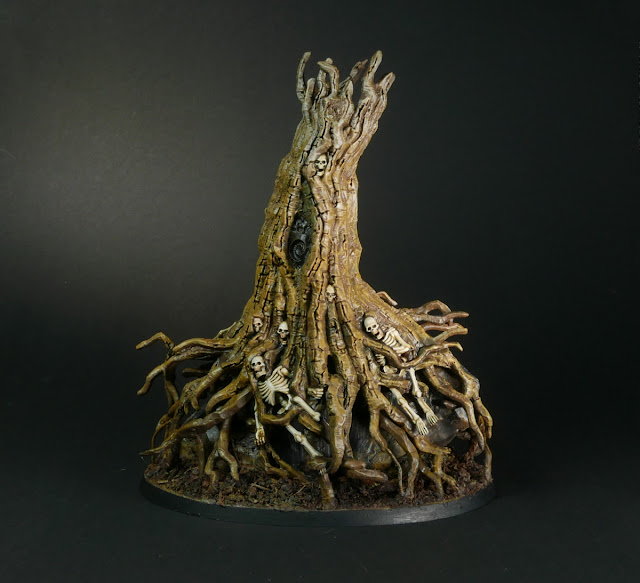 My Beasts of Chaos are horrible, unknowable non-beings from the deep woods. A gnarled old oak tree was a perfect fit for that theme. I built it from the Sylvaneth Endless Spell. The original Sylvaneth tree is flying (and its root positions communicate this sense of movement very well) so I had to modify it to look more grounded. I built up a rock out of tin foil coated in Aves Apoxie Sculpt (Apoxie is perfect for big bulky projects like this) which the roots would fit around. I broke and re-posed most of the roots, and added plenty more created from twisted wires coated in Aves. I also filled the tree's hollow with the stone head of a club from the Troggoths kit, which has some fossils embedded in it.

I continued to add to the model even after I started painting. On something this big, with so much convex or unreachable space, it would be impossible to get a brush into all the recesses once it was completely built. 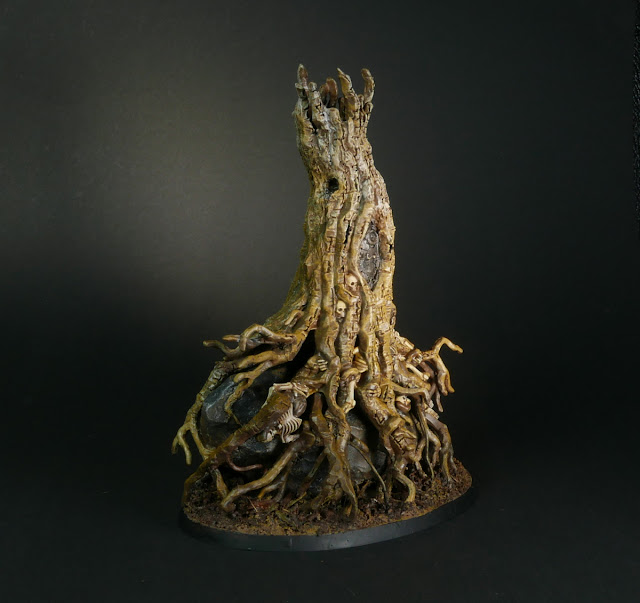 I built up the base with real soil and twigs as I went along. I sealed and painted over the first few layers, and eventually left the later layers unpainted to let the natural soil colour do the work for me. 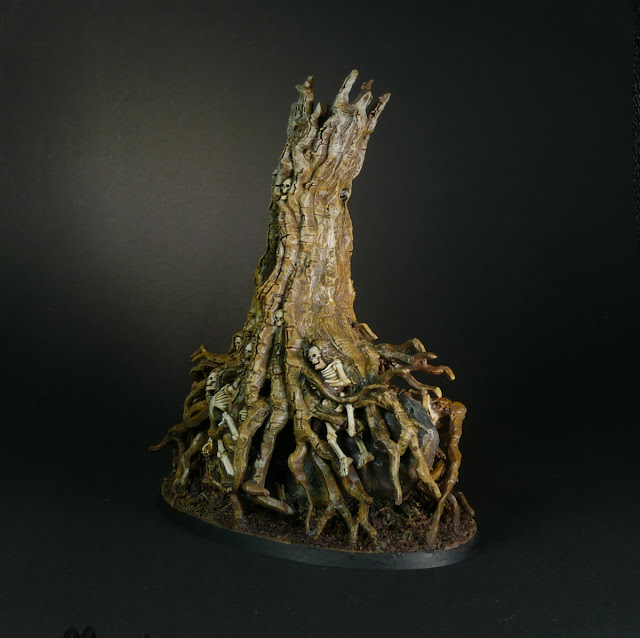 I used the same color scheme as I had on the Ungors. The upper parts of the tree received a light grey drybrush, gradating down to a richer brown at the roots. This subtle gradient worked out really well and helps to break up the model's gigantic surface. 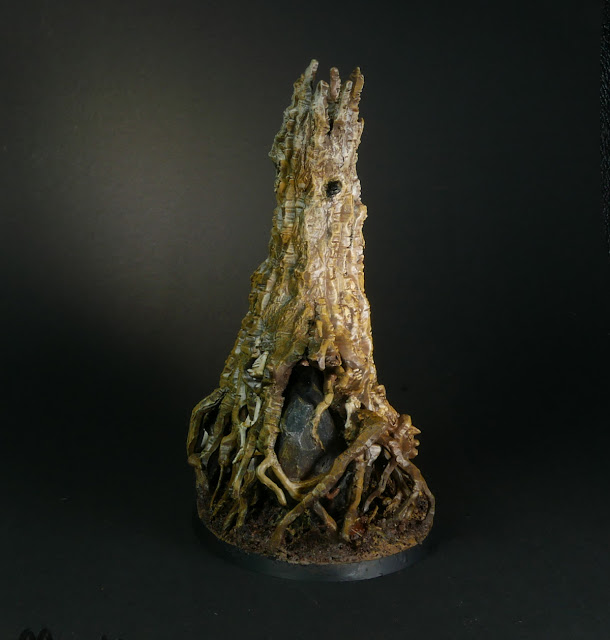 If you've been following this project on Instagram, you might have noticed a couple of Ungors I made that haven't made an appearance on here yet. The first one, that I teased this project with, is what appears to be a normal goat disembowelling itself! The second is a homage to Odilon Redon's drawing of Caliban. The reason I haven't completed and showcased those two yet is because I was dead set on making two units of ten Ungors, and I simply finished those two last, after having already completed a single unit of ten. So for now, those two stragglers are going to be part of the second unit, which is nowhere near finished! In fact I'm already distracted by a new project...