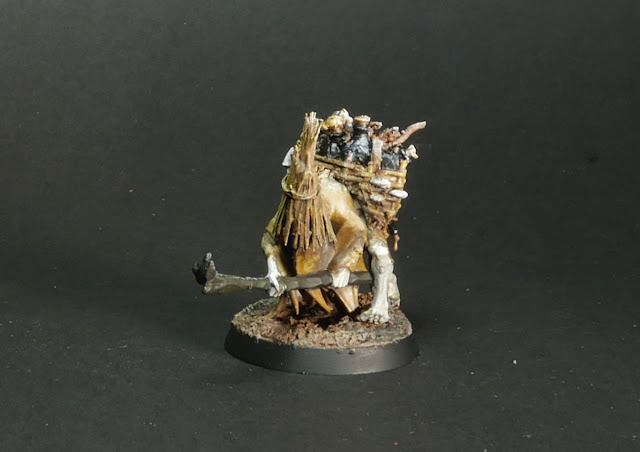 A character to lead my Age of Sigmar Beasts of Chaos warband. While the rest of the band is a gaggle of assorted bugbears and cryptids, this one has something crafty and witch-like about it...

That Gloomspite gobbo body with extra legs is too cool not to do something with. This Bray-Shaman's extra set of limbs marks it out as a beast-man. 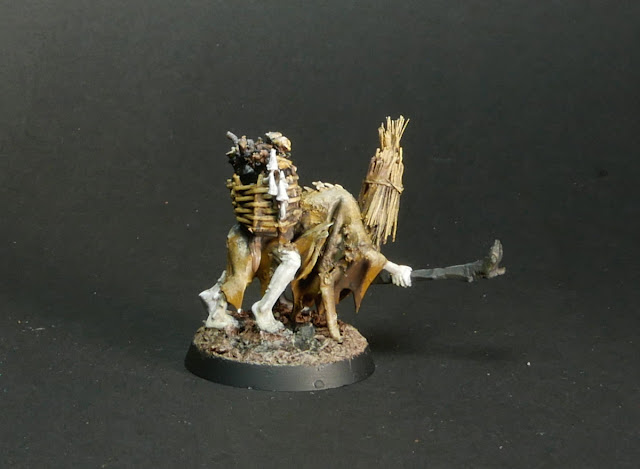 Other than the legs, the hoof-stave was the other idea I settled on from the start. It's a Kroot foot, which works perfectly as a cloven hoof. 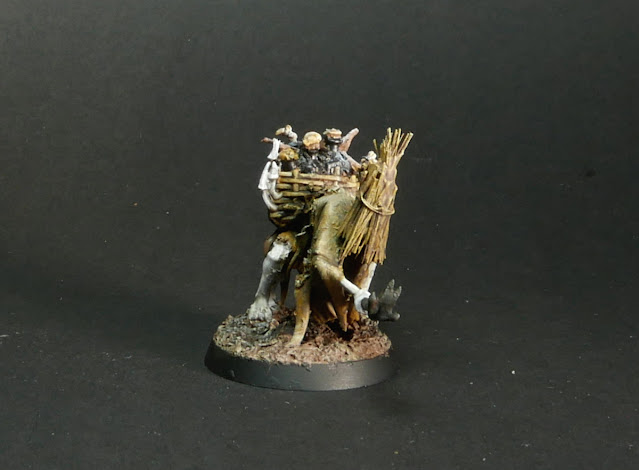 The head was a little difficult to decide on. At one point I sculpted a hooded face based on a Bosch painting. But I decided I didn't like that. And I felt that something overtly bestial, like the original Glaivewraith skull, would have been too obvious. In the end I borrowed a technique from Tetnis the Mordheim goblin and built a Kill List-esque straw mask out of old bristles. This fitted the woodland witchy theme much better, and who knows what sort of face is under that mask? 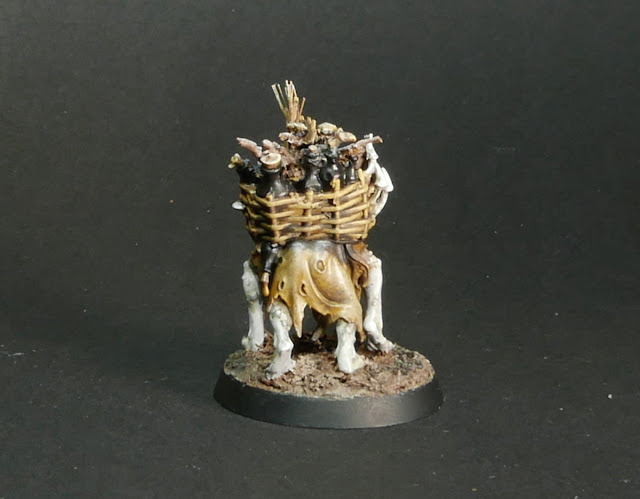 I think the abundance of crafted elements, such as the bottles and robes, work against this model looking like part of the warband. The other models are mostly naked, and wielding things that barely seem like weapons. On the other hand, the wicker basket (complete with fungus), the simple staff, and the straw mask, all add some strong visual concepts to the overall project that help communicate the right vibe. Maybe this creature is a sentient witch that has attached itself to this bigger mob of animalian beings. 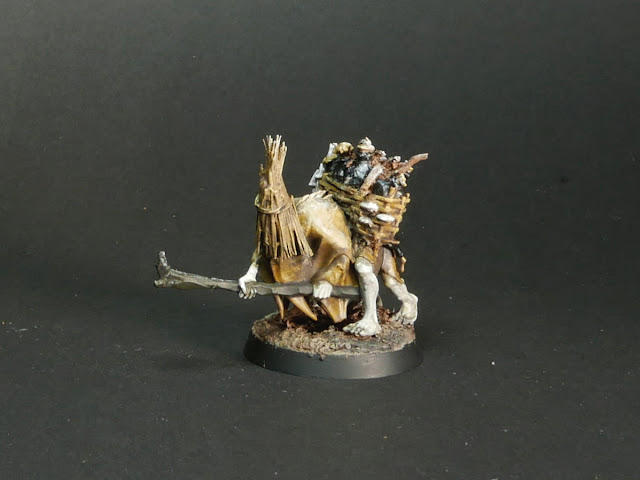 Thanks for reading! More on the way.