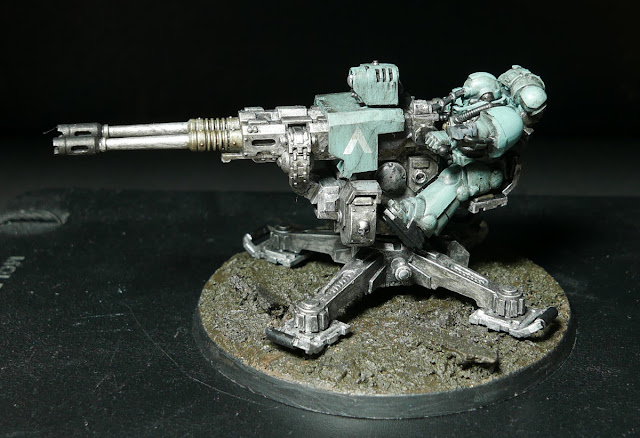 The final kit to join my Space Wolves in 2020 is one of the newest Primaris units. I made one modification to it that I think really improves it. Pics and process below the jump.

This kit really grew on me. For one thing I think it's cool to have a relatively static element in the army. An artillery emplacement adds a different dynamic to the mix of infantry and vehicles. 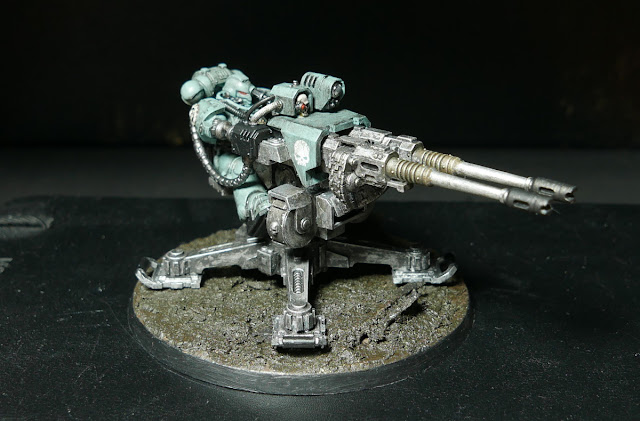 And the kit is well designed. I was surprised to find it was push-fit, and cast so neatly that the pieces go together perfectly snug. This helped with painting it in sub-assemblies, but reassembling the painted parts was tricky due to the order the parts are designed to be fitted in. It was a real pain to slot the gunner into place after painting him separately. 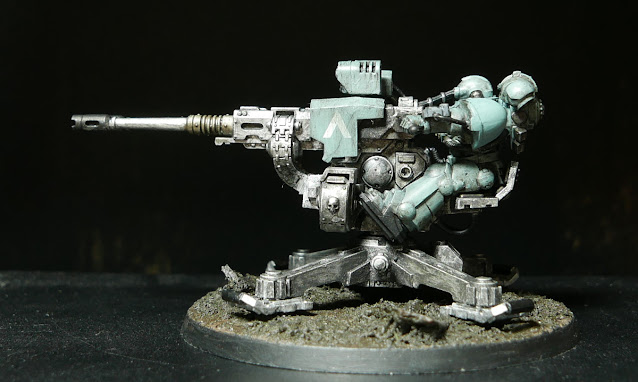 The only conversion work I did on this was removing the main shield, which totally changes the shape of the model. I wasn't a fan of the trapezoid shape and wondered if trimming that away might result in an old-school Space Marines weapon cowl such as the one on the Land Raider. It pretty much did, but if you try this yourself, be aware that the cowl isn't symmetrical and also bows outwards in a curve around its middle. 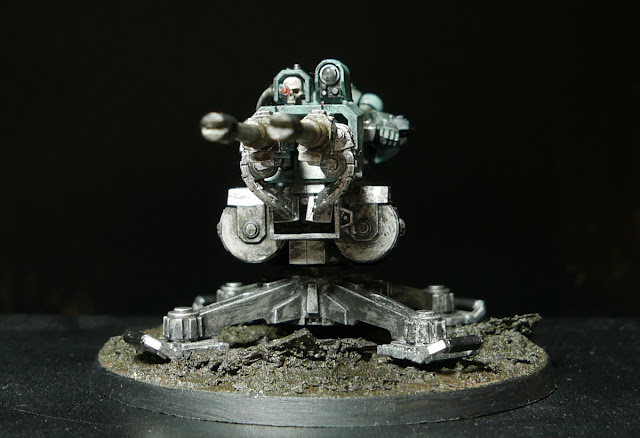 I added one of the unused weapon muzzles from the Impulsor sponson as an ammo feed slot. The turret's gun feeds attach right onto the front of the shield and there isn't actually a corresponding connection point on the ammo drums if you remove the shield. The slot I added works close enough as a work around. 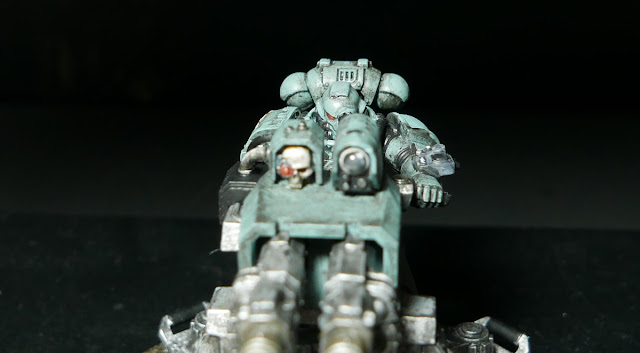 When it came to painting, I was determined to have everything ready for the Armies on Parade deadline. This being the last remaining model, I hurriedly painted it in just over a day. As before, I made use of the Tamiya chrome and graphite powder technique I've been using for metals in this project. The techmarine and the weapon cowl got the standard Space Wolves armour recipe I've been using. 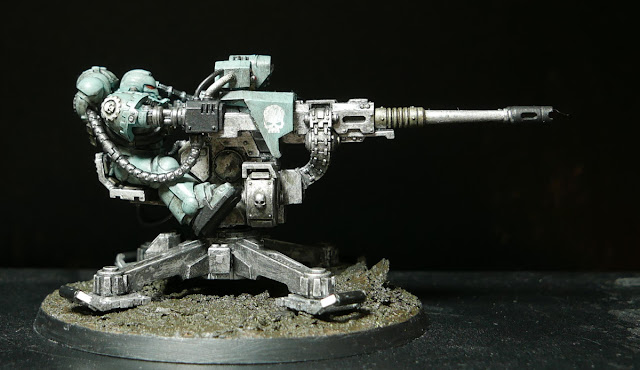 With this model complete, all of the models in my Space Wolves force are complete. I might add some new ones next year since it's been such a fun project to work on. Who would have thought a year like 2020 would have got me collecting Space Marines?