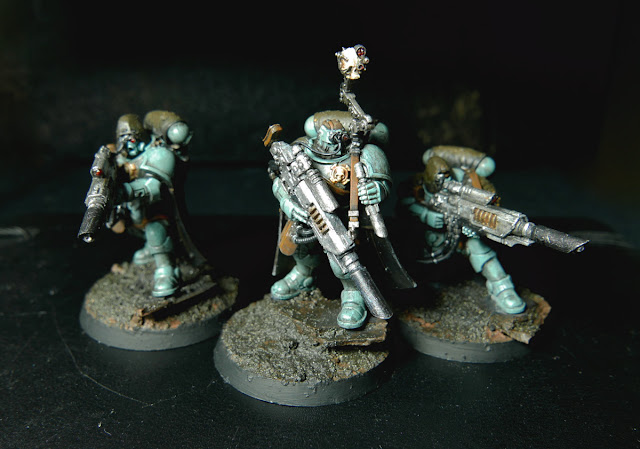 I like the Eliminators kit. The combination of camo cloaks and massive guns is very cool. And my close combat focused Space Wolves need some long range firepower to back them up. More pics below the jump.

All three of these models were painted in subassemblies. The cloaks and power packs were painted separately and then glued together once the rest of the model was complete. Annoying, but it's only three models. 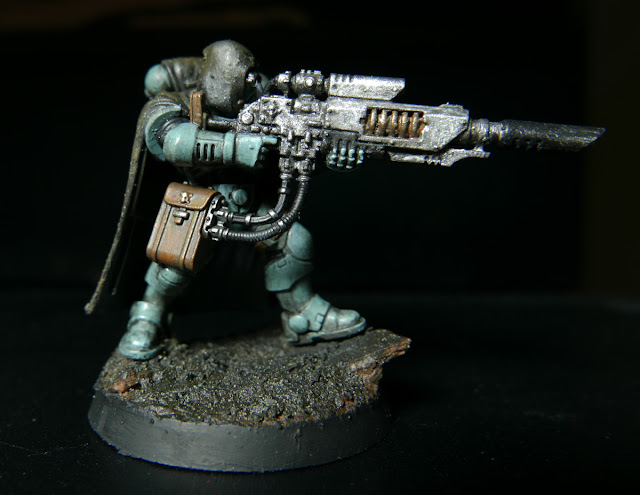 I hear that Bolter Sniper Rifles are the tactical choice to take, but I like the look of Las Fusils much more. I wanted to paint some energy coils! 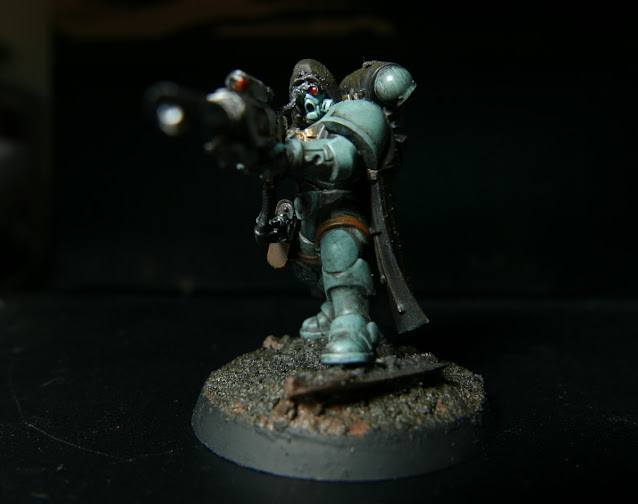 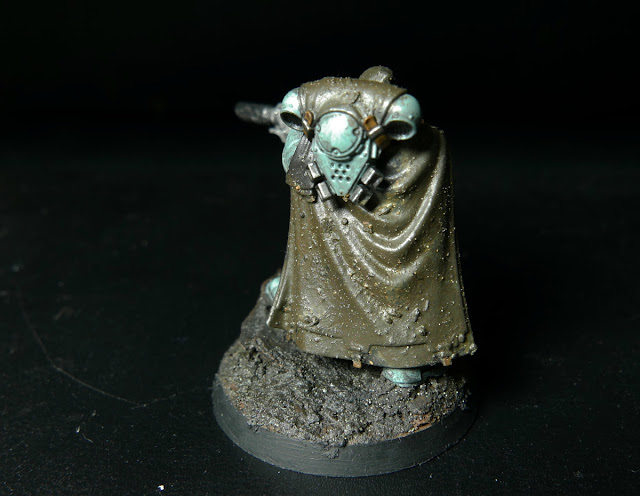 The cloaks got a coating of the same texture paint I'm using on the bases (Vallejo Russian Mud). I plan to revisit them because I'm not yet totally happy with the result. I think I'll drybrush and add some pigments to increase the darker, matte colour I'm looking for. 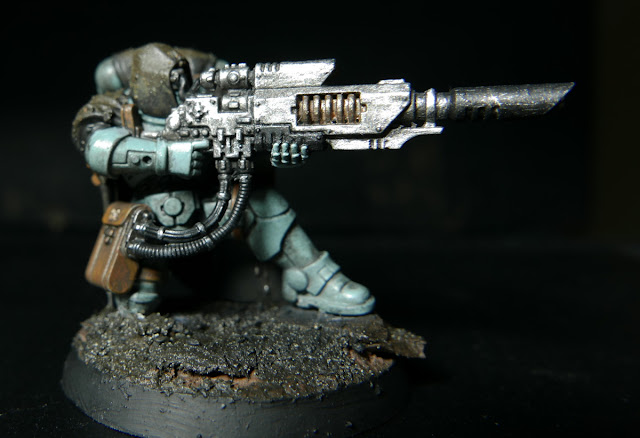 Something I like about this kit is it gives you three models in distinct poses. The crouching sniper is very cool. 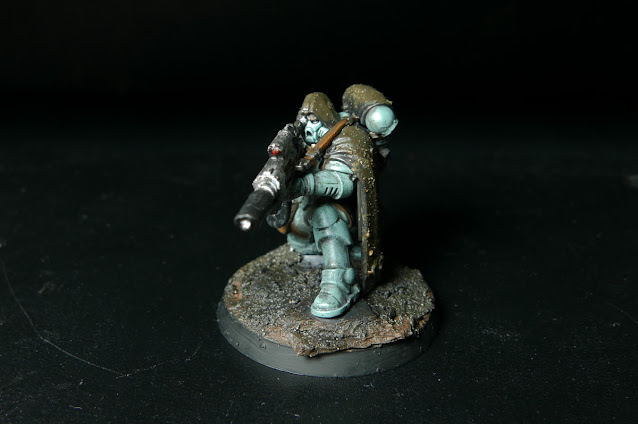 The Eliminators kit happens to come with an abundance of spare bits. I've seen people construct two additional Eliminator squads by distributing the heads and weapons on other Phobos Space Marine models. I don't think I'll do this but I have re-used many of the hooded heads on my Intercessors. 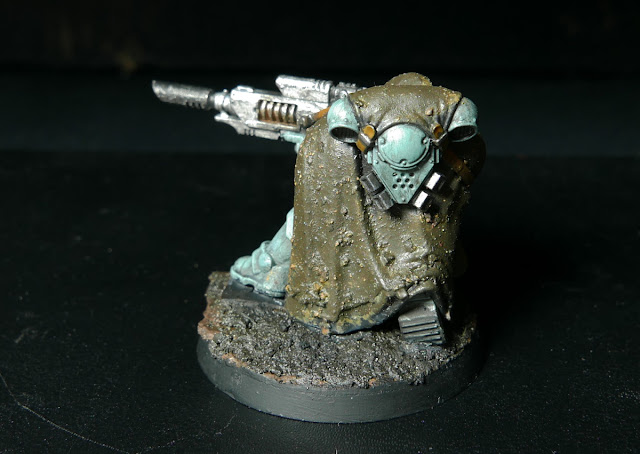 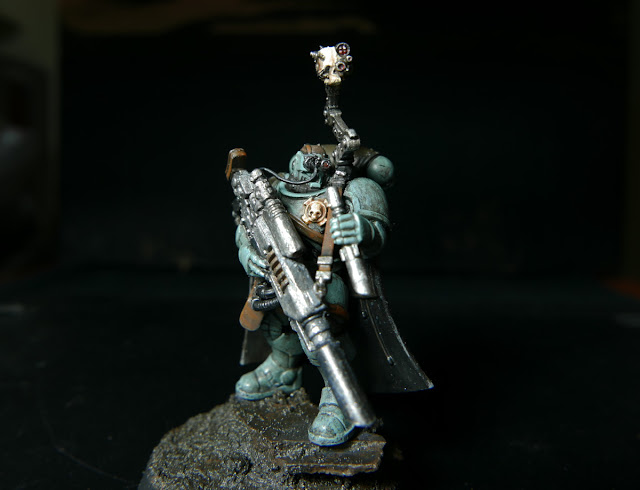 The one model in this squad that's received any conversion work: the Sergeant. The Eliminators are well designed to have all their pieces (belts and cables and so on) connect together. Unfortunately for the Las Fusils option that results in three very similar poses since the gunsights connect to both the goggles and the power pack, restricting the positions they can be in. On the other hand the bolter rifles options have several different poses. 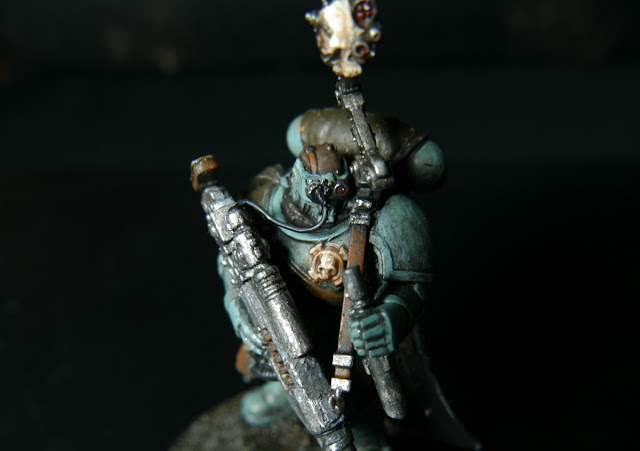 To get around this and give my sergeant a different pose, I cut away the front end of a bolter rifle and the back end of a las fusil and stuck them together. This needed a lot of careful trimming. The result is a las fusil held in the position that one of the bolter rifles came in. I then used a piece of wire to replace the plastic cable that would have connected the Las Fusil gunsight to the sergeant's goggles. 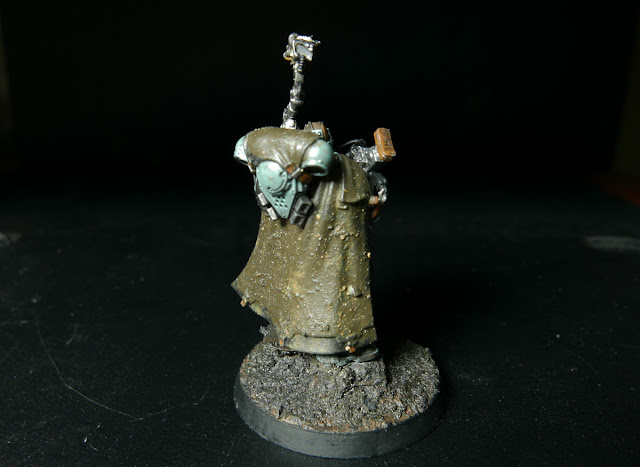 Sarge also gets a dedicated spotter servo skull, in addition to his gunsights and a hand-held telescope. This is to really emphasise the unit's role as long range support. 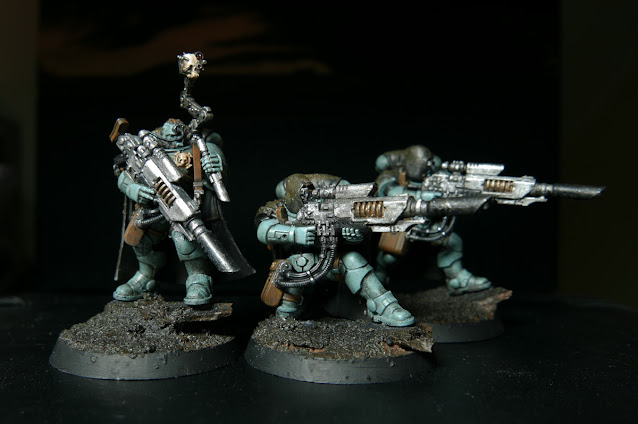