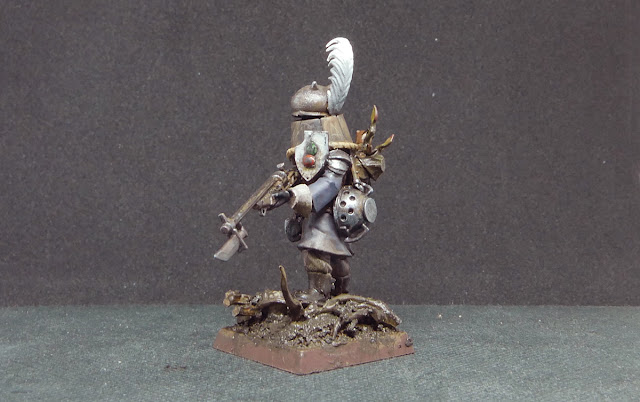 Shout out to @kitbashcat on Instagram who arranged a one-day #inq28 conversion challenge titled #OneDayInq28th. Basically build and paint a converted model from scratch without planning in one day. A lot of work! But good fun. More pictures of my first foray into the world of #Turnip28 below the jump:
I've been intrigued by the rooty, muddy, trudging pseudo-Napoleonic soldiers showing up on Instagram under the hashtag #turnip28. It's an ultra-bleak but somehow whimsical setting developed by @Heironymous_Max that encourages kitbashes based on historical Perry Miniatures and focusing on footslogging infantry.
I don't have any Perry Miniatures to work with, but that's part of the challenge, right? So in the allotted single day of manic conversion and painting I put together a solitary rifleman from the most random bits left in my bitz box. 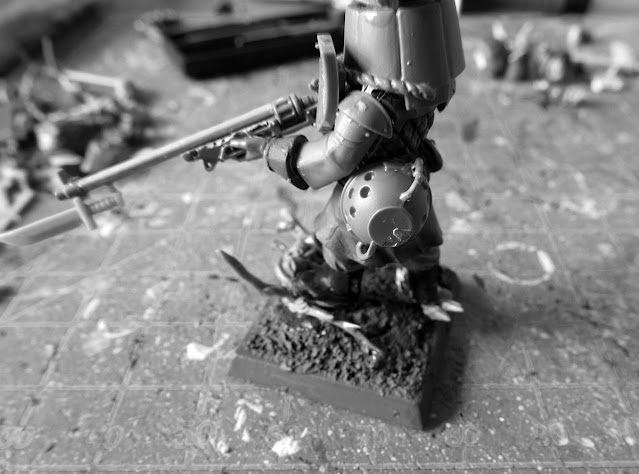 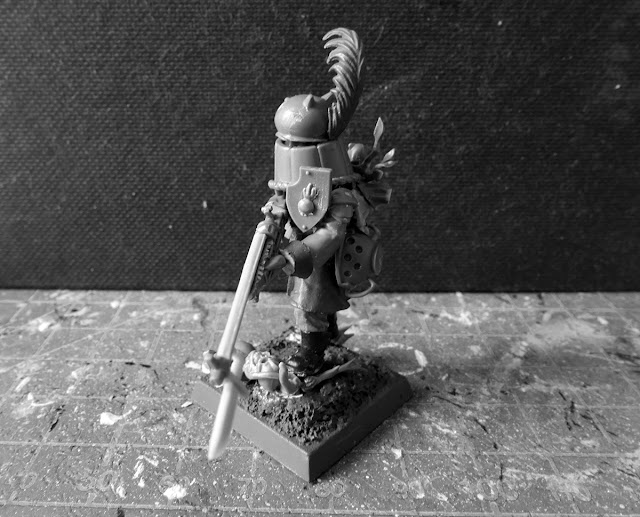 I finished the kitbash by early afternoon. Way faster than I normally work. I can have models sitting half finished for days while I float ideas. My process on this one was: I knew roughly what I wanted to make and I started with the bits I was set on including. Starting with the gun, the Bretonnian man-at-arms body and the halfling cooking-pot helmet. Then I filled in the missing parts from there and ideas for new details started popping up as the model became more fleshed out. He uses parts from Skitari, the Bloodbowl Halflings, Imperial Guard, the old Empire cannon, Sylvaneth branches, Primaris Space Marines, Bretonnian men-at-arms and Empire soldiers.
I spent all afternoon painting him. Again not a task I would usually do in one go! Thankfully, mud is a big part of #Turnip28 so the model was well suited for wet-painting and a rough painterly style. Again I started with the bits I knew what I wanted to do with and that gave me a better context to consider what to do with the bits I wasn't so sure about.
Got to be honest I was most looking forward to trying out some new Vallejo mud effect I got. This was my first test run with it and it looks, well, satisfyingly muddy.
So here's some pictures of the completed miserable footslogger Alun Poorsod, accompanied by his pet ferret Pom, planned built and painted in a single day: 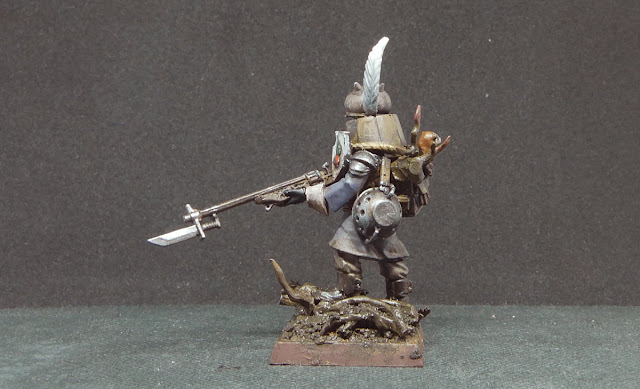 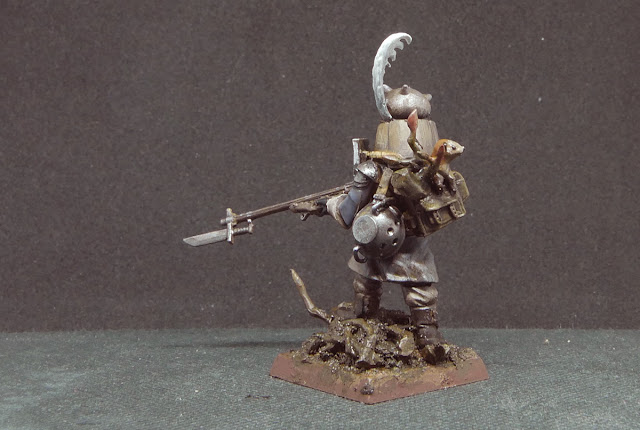 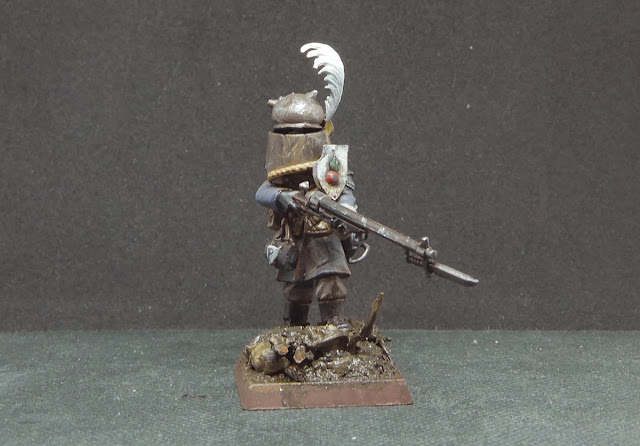 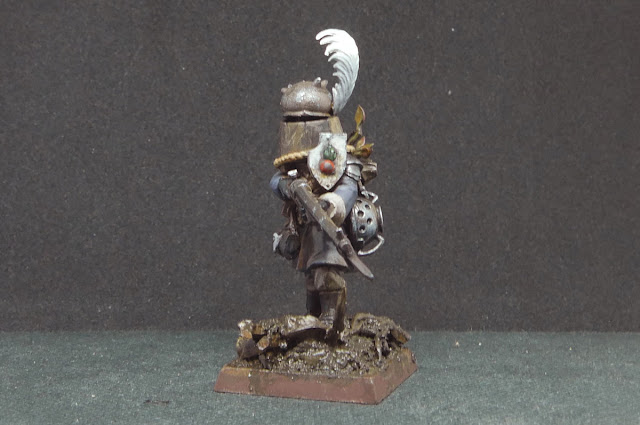