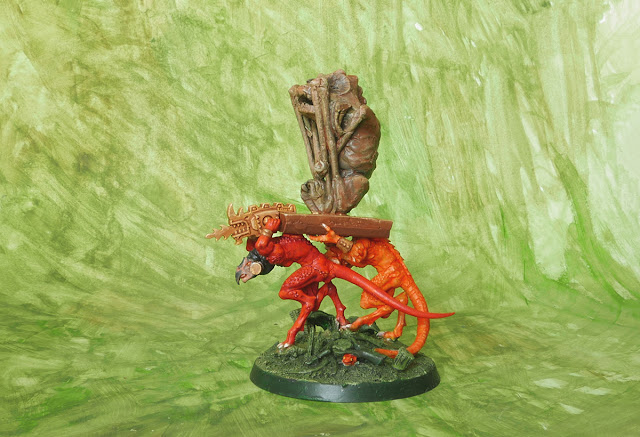 The centerpiece of my Relic Lizardmen, a crucual part of their lore, and my biggest attempt at sculpting from scratch, the mummified Slann Mage Priest is complete at last. 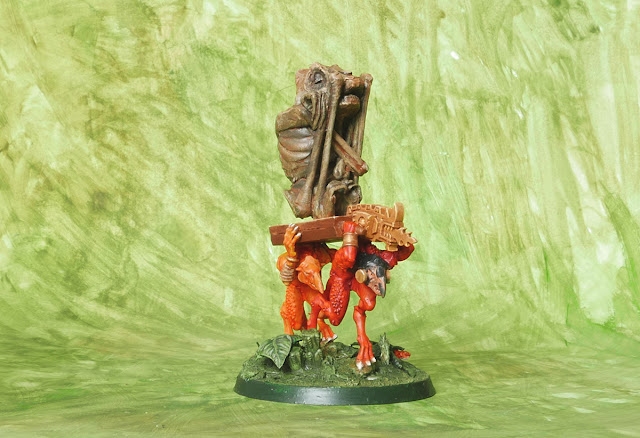 My intro to Warhammer way back when was with the Bretonnians vs Lizardmen boxed set, and Lizardmen were my favourites right from the start. Their plastic models were a little chunky but they still remain my favourite designs for Lizardmen/Seraphon as a species. So I still tend to think of "Seraphon" characters as Skink Shamans, Slann Mage Priests, Skink and Saurus Champions etc. And the classic Slann from that era was carried on a palanquin by Saurus Temple Guards (possibly the most precariously held-together model in GW history…)

My nameless Slann priest is borne by two Saurus warriors. He's unfortunately dead as a doornail, but like Lord Kroak some of his spirit remains slumbering in his remains and can be called upon to protect his people with a portion of his former magical power. 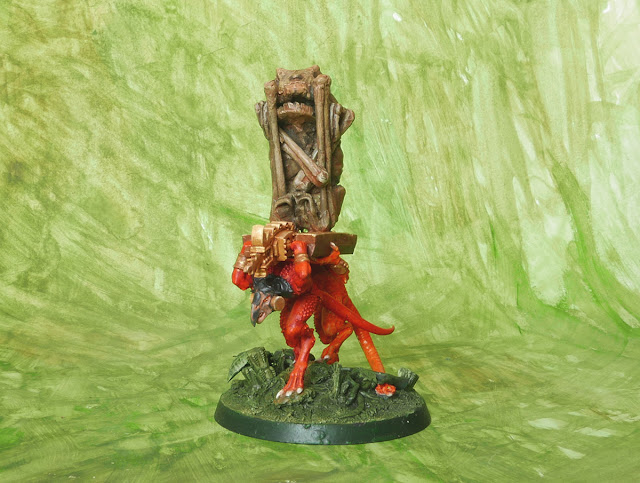 This is in fact the Slann who led this small remnant of Old World Lizardmen through the Winding Gate into the paradisical prehistory of the Mortal Realm of Hysh, saving them from the destruction of Lustria at the cost of his life. Since then, a million years has passed, and the descendants of those surviving Lizardmen have flourished and proliferated in the rainforests of Hysh. The Slann's body mummified over time and miraculously remained preserved, his bones turning to stone, his dried skin as hard as wood, his corpse emanating a smell of tropical flowers, his hollow belly filled by his devotees with precious gemstones. The Relic Lizardmen treat his remains, older than civilisation, with utmost reverence. 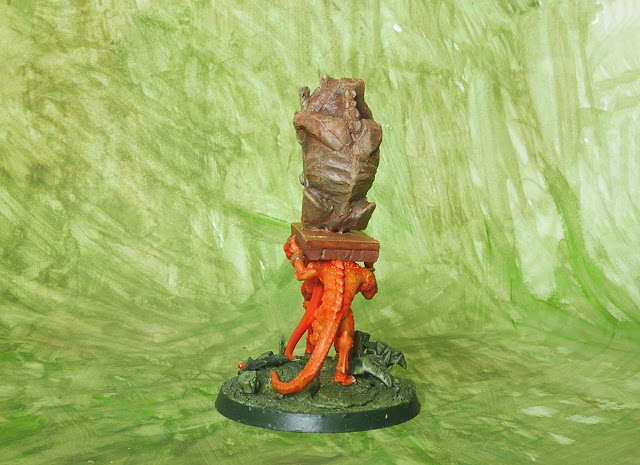 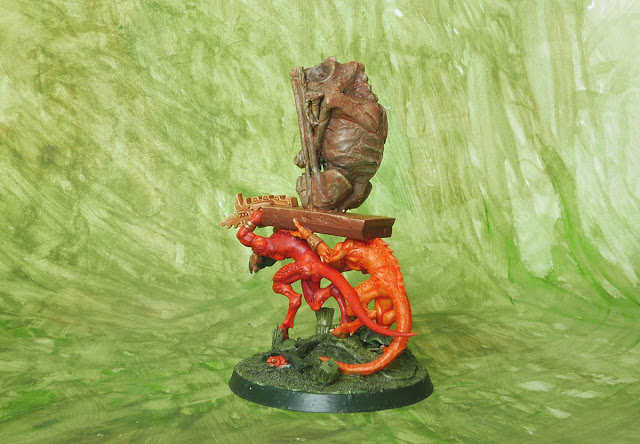 Amongst the relic lizardmen, some of the old ways were remembered, and temples and cities were built in the rainforest. Over hundreds of millennia the cities crumbled and were rebuilt and built upon again and again. Giant trees turned to stone with age and were carved into city avenues and temples. The waters of the spawning pools of Lustria filled the natural lagoons and artificial reservoirs of the new world, and the jungle beasts of the Old World were hatched and bred and mingled with the creatures of the Hyshian rainforests. For a million years, dinosaurs ruled the world. 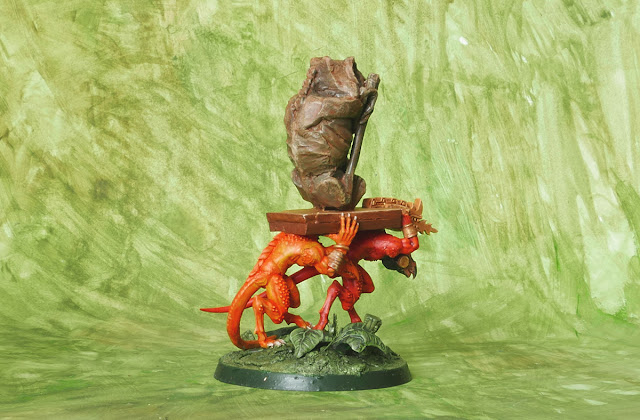 And at some point "history" began, and the human people of the Mortal Realm of Hysh would sometimes speak in hushed voices of the creatures, the living fossils thought to be long extinct, that slithered and crept in the deepest parts of the rainforest… 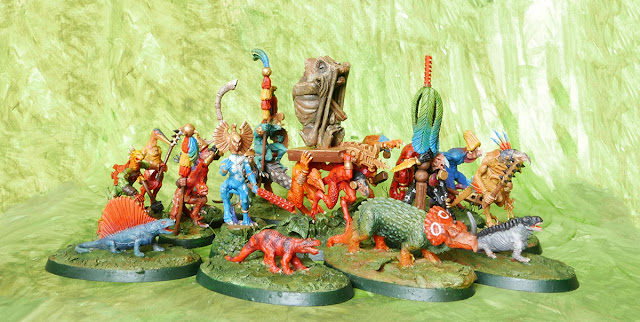 That's the Relic Lizardmen complete for now, so what's next for them? Well I've built five more skinks to bring the unit up to a legal 10 models. And I'm working on one new Cold One rider with the intention of turning the Scar Veteran into one of a unit of Knights. And if I'm filling those units to their minimum then maybe I should complete another 5 Saurus warriors... Most of all though I'd like to work on a centerpiece, one of the big monsters.