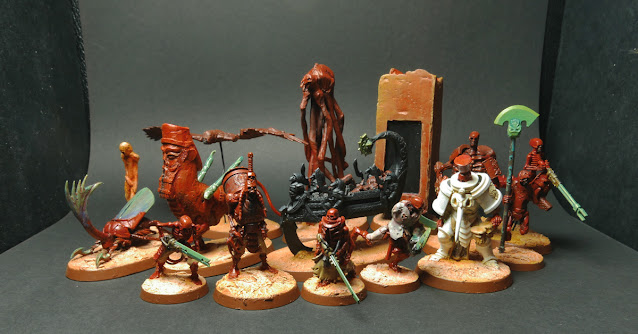 One of my favourite projects is the Necron warband I made for #Kitbashember 2018. In fact I enjoyed making them so much that after making something for each of the #Kitbashember prompts I went right ahead and made another model. At the time I even had a couple more ideas that I never got round to, and finally I've found the time and the right bits to make them work. Here's some new Necrons. 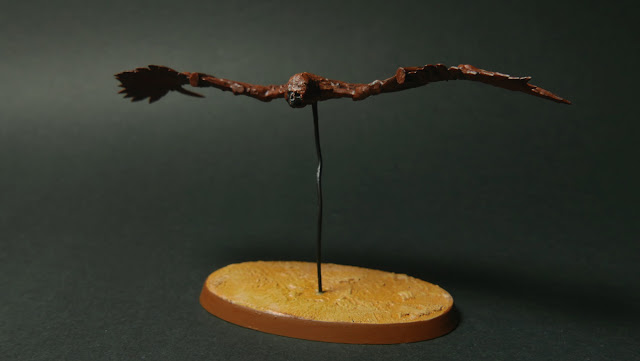 A Tomb Blade. The official GW versions of these are small aircraft operated by a single Necron. I've mentioned previously that the art of Zdzislaw Beksinski was a big influence on this project. His painting "V5" was the inspiration for this model. 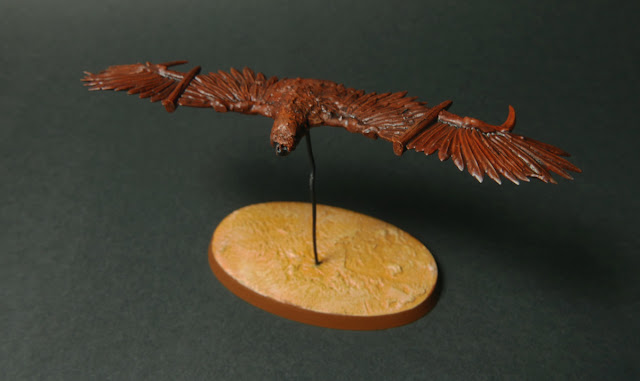 I wanted this to look somewhat like a plane, as if the wings stay fixed in flight. I thought of the Angel of the North. I find myself making things without visible weapons. How does this one fight? Let's say it shrieks like a harpy and tears at the opponent with its sharp wings. 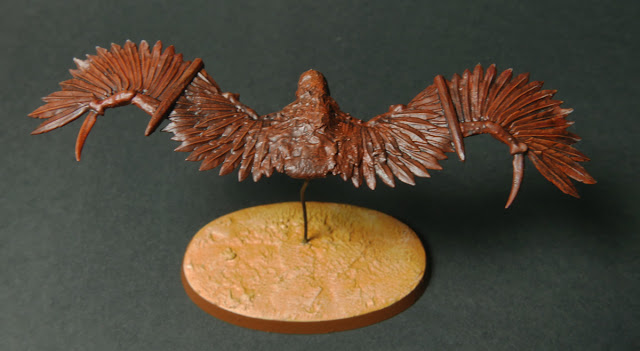 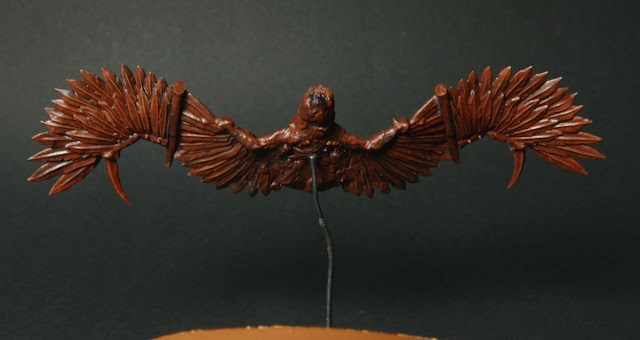 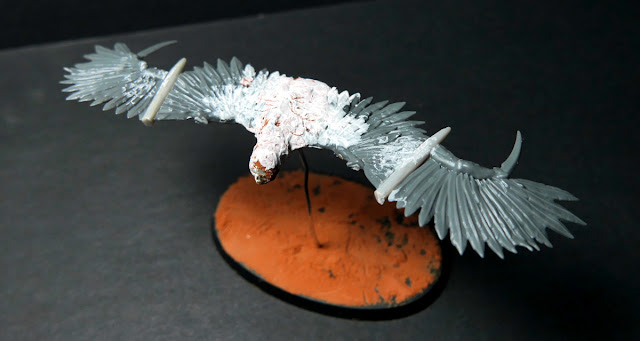 The new Necron units in 9th Edition were really the impetus for revisiting this project. The Canoptek Reanimators introduce a cool new visual idea that I wanted to reinterperet in this style. 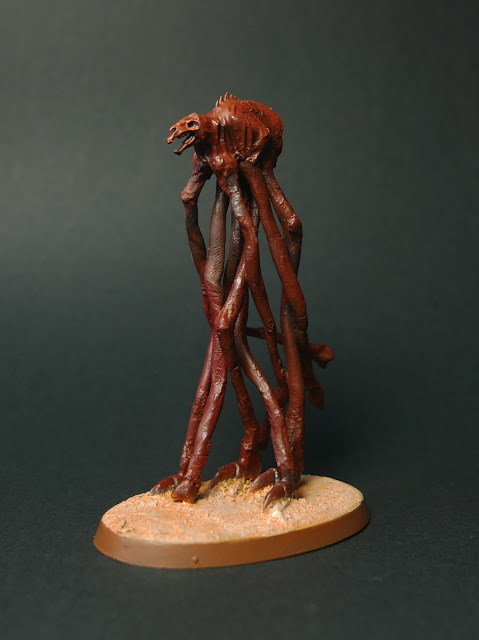 I imagine this "Reanimator" reanimates fallen Necrons by issuing a loud, lowing bellow that spookily rouses them back to life. 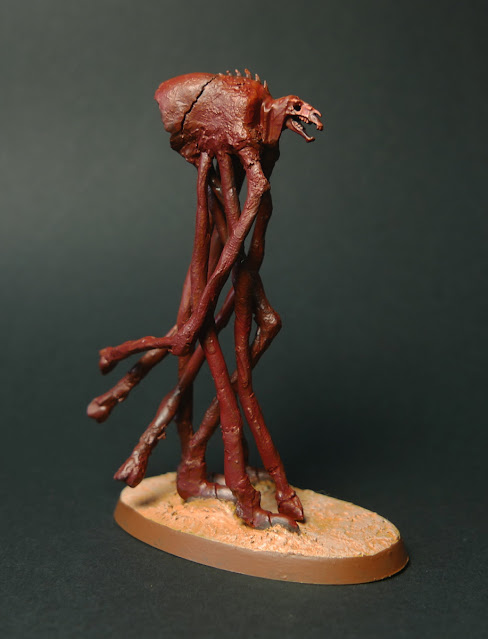 Beksinski's work was an indluence on this one too. In this case, one of his Untitled paintings. 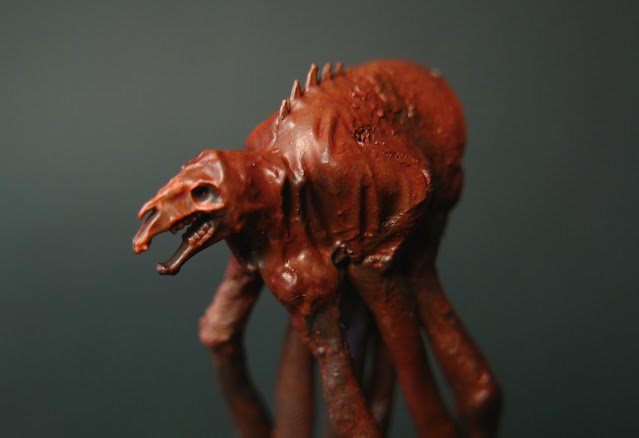 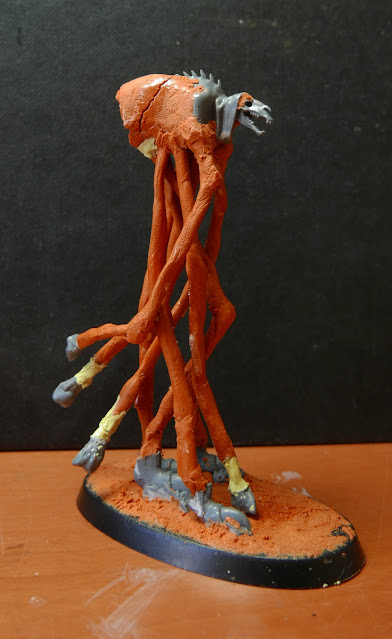 This one ended up being mostly sculpted from scratch with Milliput. 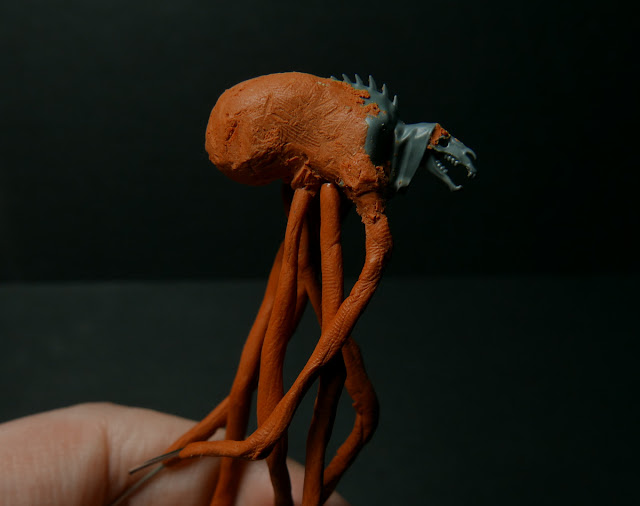 It originally had a rounded body. I didn't have the patience to produce enough legs to fill the entire body length so I broke off the back part, leaving a cracked surface that looks appropriately like stone. Milliput is great for evoking natural materials like this. 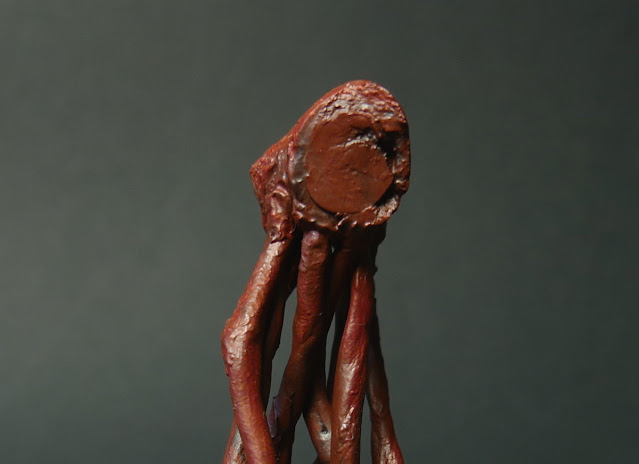 And lastly another idea that I sat on since Kitbashember 2018. I ordered the Tomb King's Dreadfleet boat from eBay with this idea in mind. And then I couldn't think of the right way to make it mobile. For a while I was thinking of multiple skeleton legs in rows. This was before the Ossiarch Bonereapers range came out and the Crawler legs would have been the same sort of thing I was thinking of. I also considered giving it insect legs and making it into a kind of modified giant scarab. In the end I gave it a prow "rudder", which cuts through the sand. I think the way it "floats" looks properly mysterious for the ancient alien Necrons. 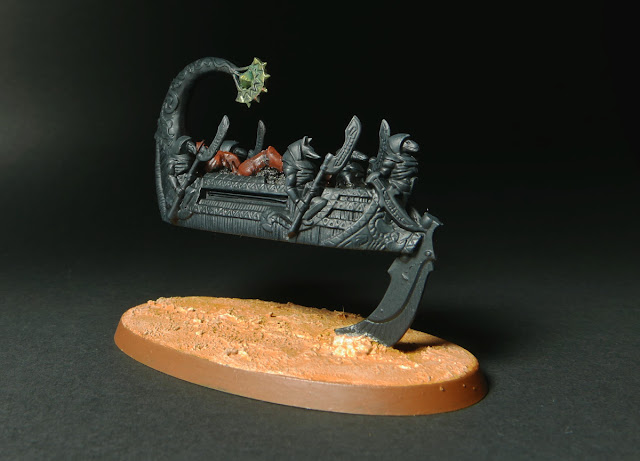 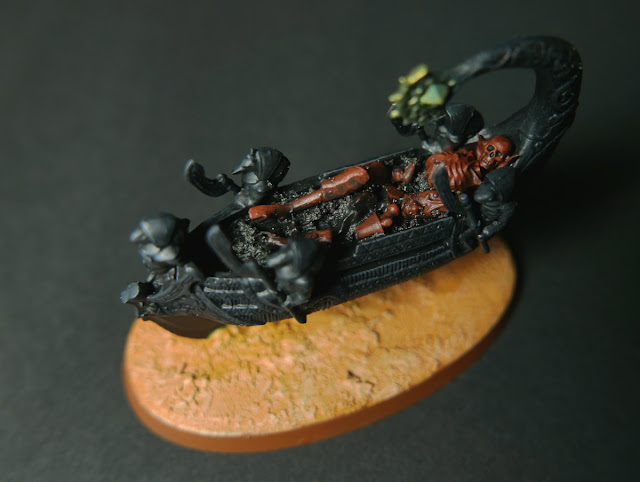 The "Command Barge" bears the remains of a Necron king. Maybe he's too broken to sustain himself or perhaps he's simply enjoying the luxury of his funeral boat. 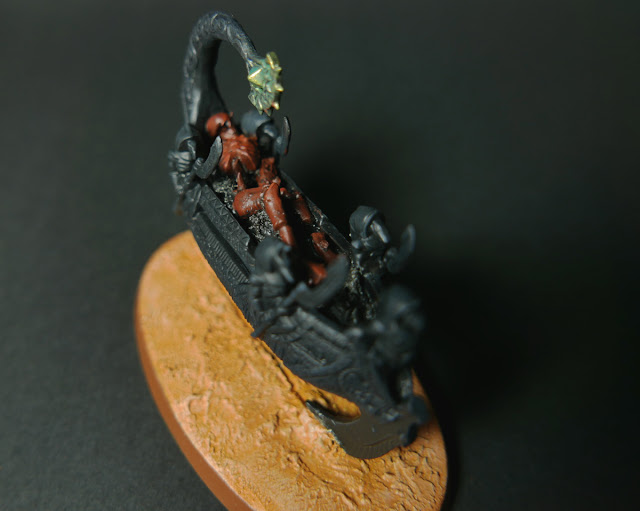 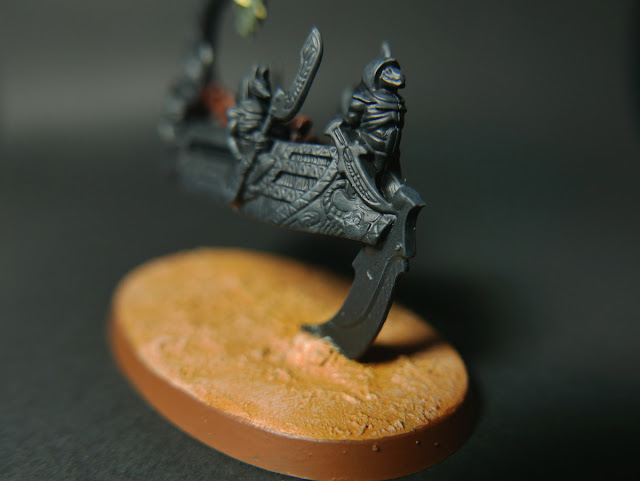 I have a handful more ideas for some more Necrons. Maybe I'll add to this collection soon. 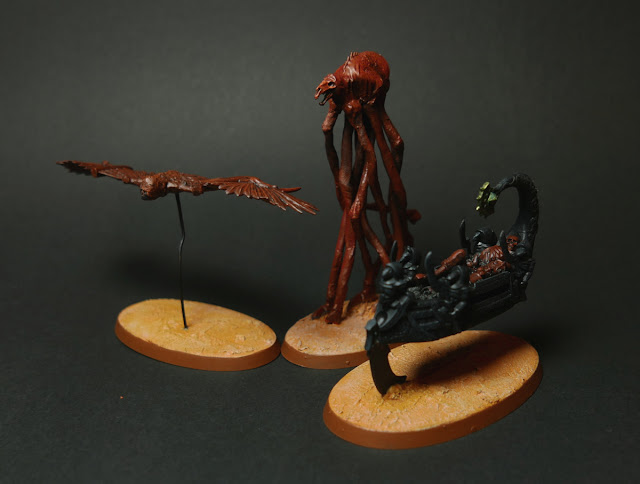