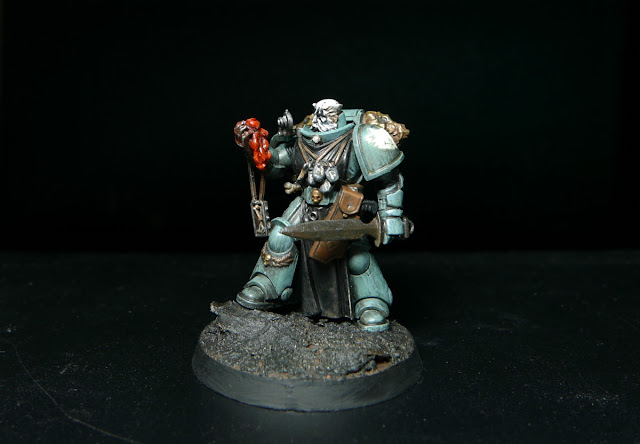 Here's the first model in my Space Wolves project to deviate much from the original kit. There's no official Primaris Rune Priest model. There's Primaris Librarians who are kind of equivalent. But I think Rune Priests should be more grisly and weird than their codex-compliant cousins. Pics and lore below the jump. 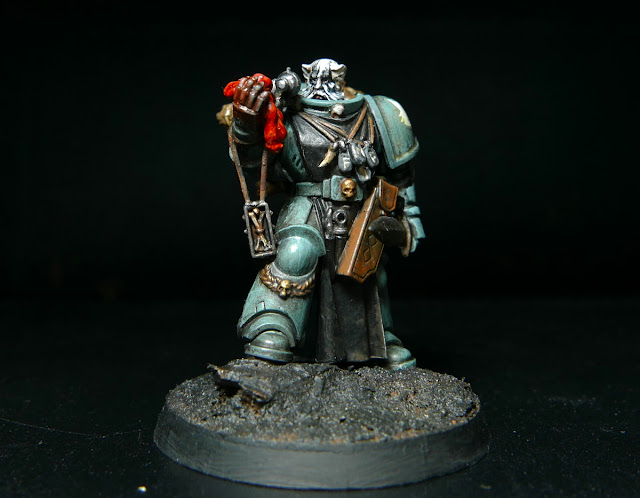 I kitbashed Auðr the Rune Priest based on the excellent Primaris Apothecary kit. I leaned hard into a weird witchy vibe and made him a haruspex, scrying fate in the entrails of a sacrificial animal (some greenstuff sausages coiled into his hand). 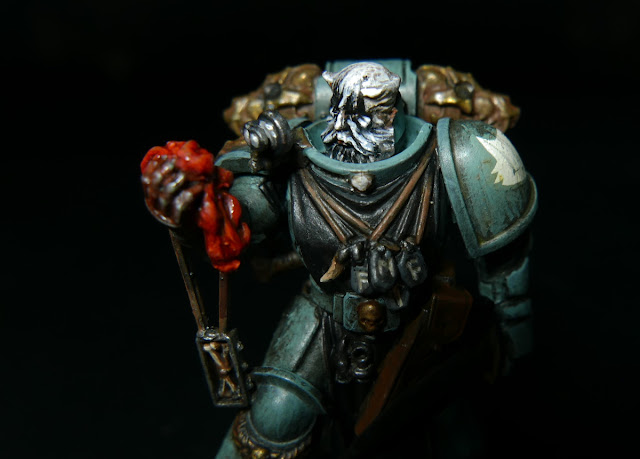 He also gets a face of black metal corpse paint. When I revisit the other models to tweak some details I thinking I might add (less dramatic) warpaint. 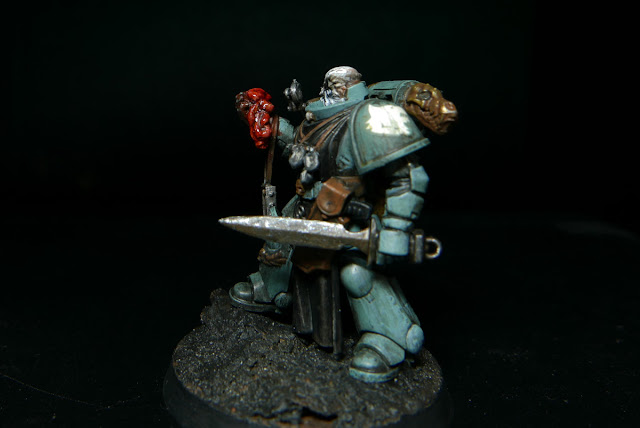 Finding an appropriate "Rune sword" was a fuss. I went with a deliberately very plain sword painted like dull iron. It could be a historical artefact energised through magical power - the blade design is similar to iron age Viking swords. 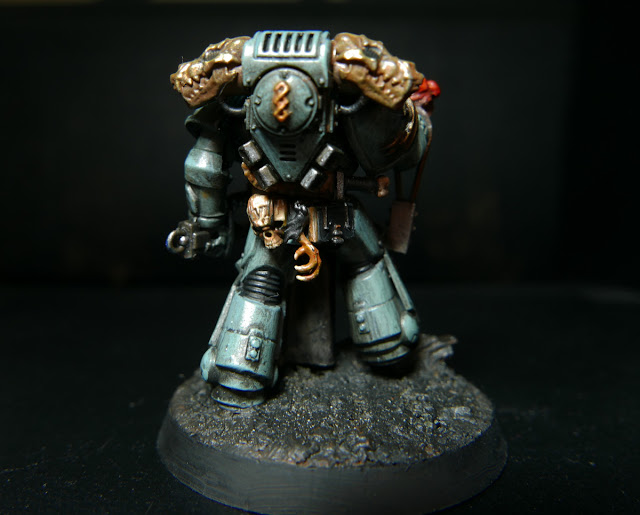 When the Space Wolves go to battle, Auðr will orate a great song-poem on the battlefield before he will even consider entering the fray. It's a solemn tradition, as important as any of his combat duties. The song-poem will be composed on the spot, taking in the circumstances of the battle, extolling the prowess of the Space Wolves, reviling their enemies, and commenting on esoterica such as omens suggested by the day's weather. His booming speech uses archaic Fenrisian language full of double-meanings, that is difficult even for modern Fenrisians to understand. Often a particularly long song-poem will delay Auðr from entering the battle at the most opportune time, but all Fenrisians accept without question that the recitation is sacred and must be given as much time as needed to complete it. Whether or not the song-poem has magical qualities, it certainly seems to effectively invigorate the Space Wolves and intimidate their enemies. 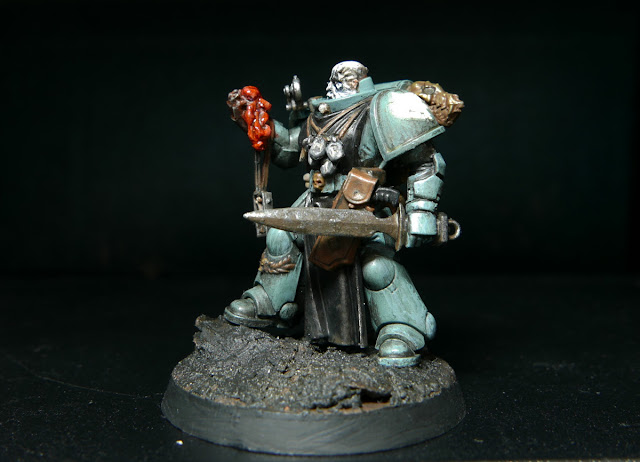