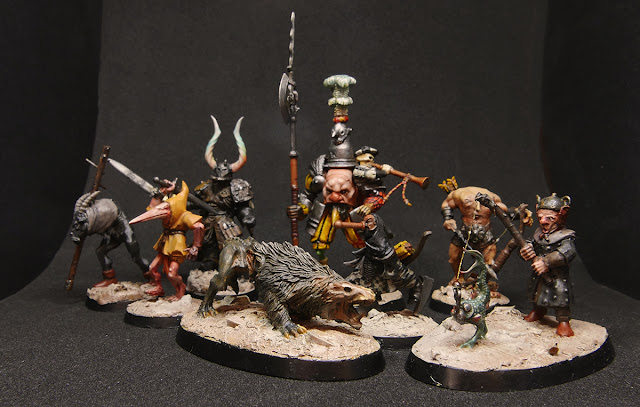 Here's a rag tag bunch of misfits for you. Close behind the Greater Daemon of Obol I made for #28magchallenge, here's some of Obol's followers. A mix of daemons, mortals, and other unfortunate creatures.

The group started way back as a few Mordheim odds-and-ends. Most of them were from one warband that I was making imitating Bosch and Bruegel. I had no idea what it would play as! The models were simply an attempt to mimic that style using bits and pieces I had. 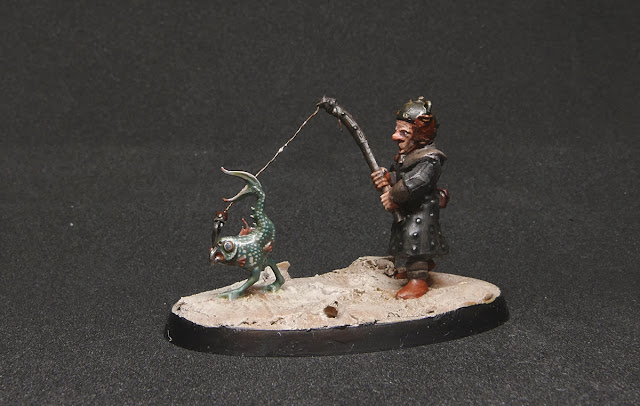 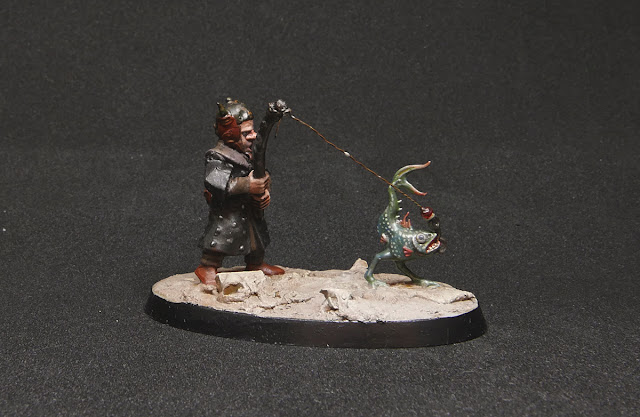 The Fisherman is perhaps my favourite. The Blood Bowl halfling heads are great fun sculpts in a way seldom seen in the main AoS range. They're a little too big to work with human bodies, which works fine if you want to make something cartoonish like this guy. I've seen a lot of Mordheim love for the fish familiar from the Silver Tower set, and I had to incorporate him into a Mordheim build somehow.  (I previously used another one's head for one of my Skinks) 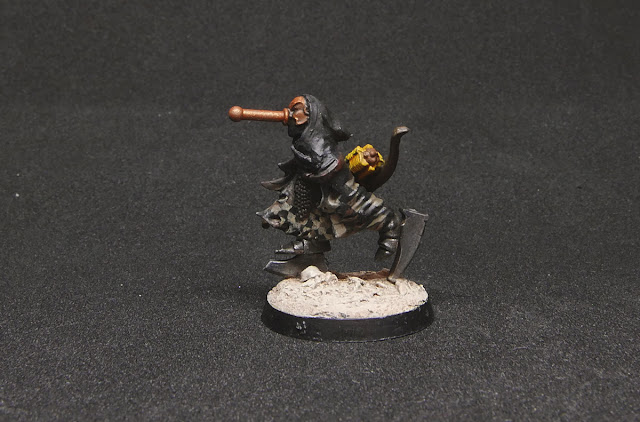 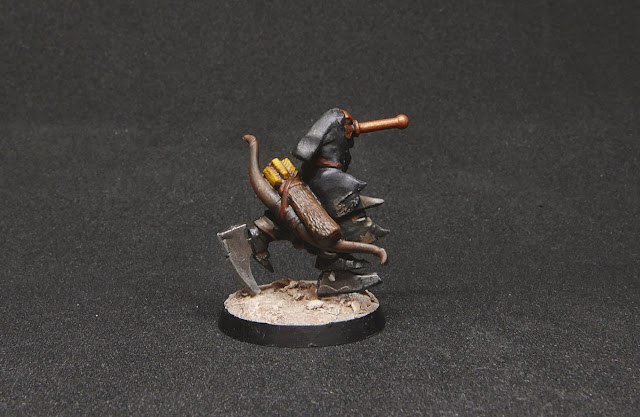 The Skater is a mysterious character. Despite his lack of arms he's a dead-eye marksman. No one ever sees him shoot his bow, but no one can deny he's an excellent shot. 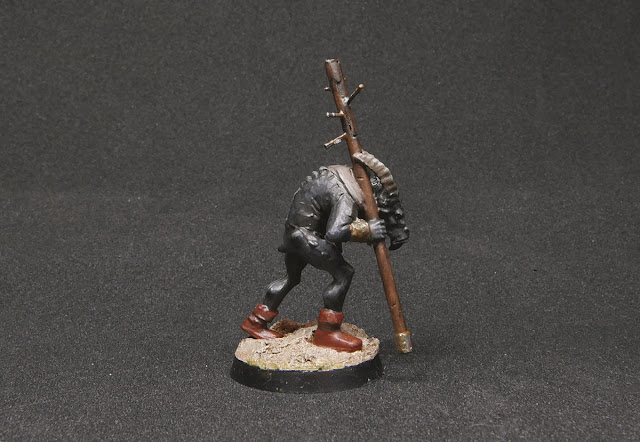 The Goatman is based on some of the dark shadowy figures in the background of Bosch's Garden of Earthly Delights. 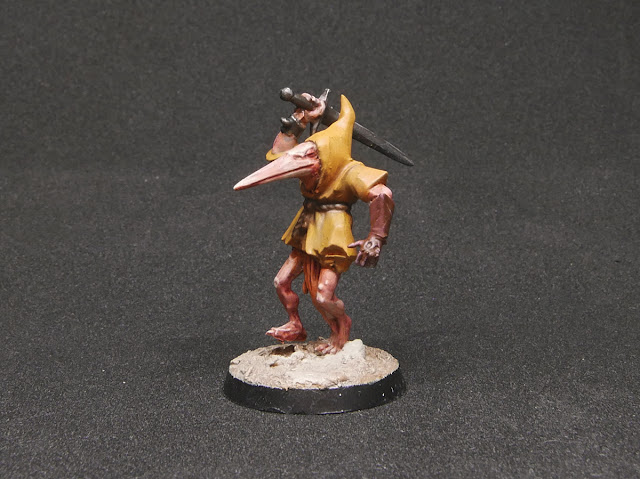 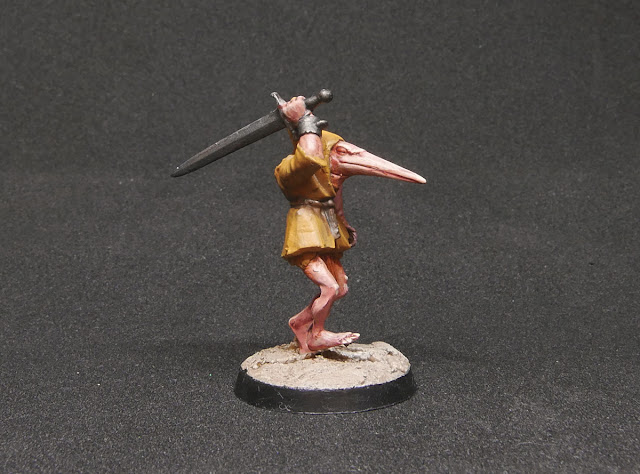 The Pelican is inspired by the cover illustration for Steven King's The Stand. I haven't read it, but I came across the cover image online and loved the figure presented in it. 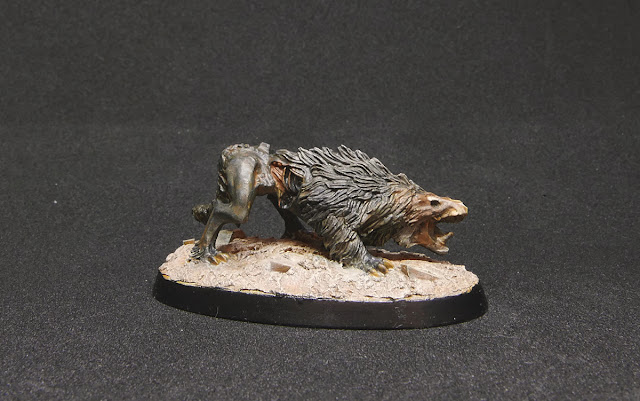 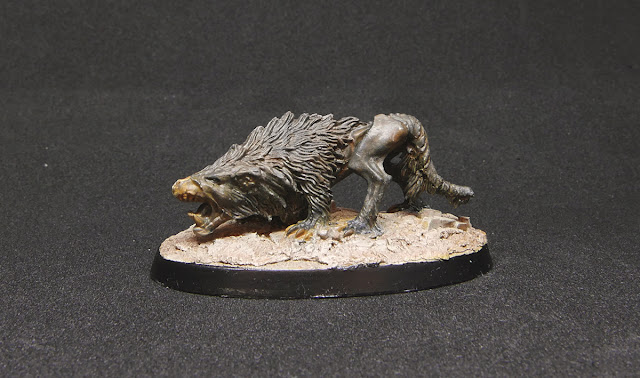 Some of the models weren't even a part of that Mordheim band. The Dire Wolf was an added afterthought for the small group of Undead I made way back when – he's languished in my unfinished projects pile over a year. He's made from a metal Chaos Hound with a bit of work to tone down his Chaotic nature and emphasise his undead elements. 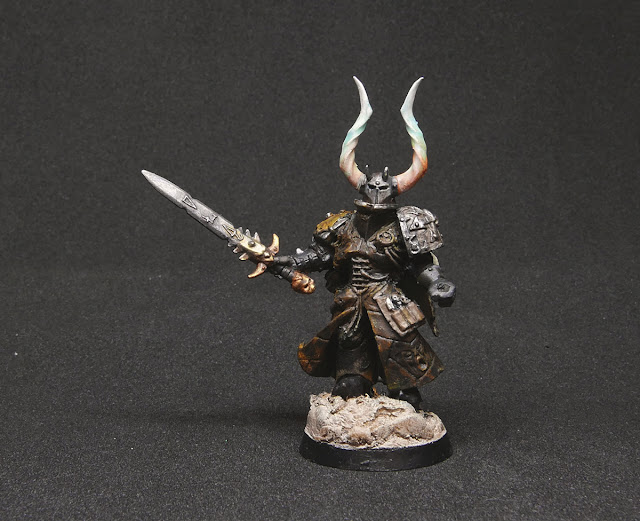 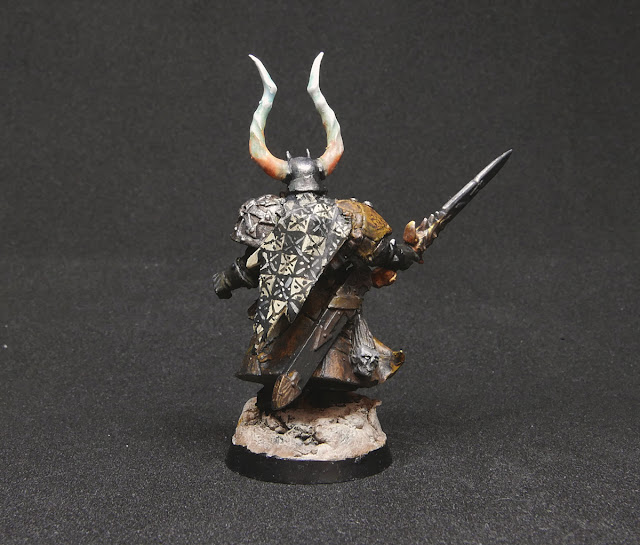 The Chaos Warrior was a one-off kitbash to use up a metal Fabius Bile I had in my bitz box, who was missing all his other parts and had a roughly chopped off head. The original is a great model, but mine was in a sorry state with not much I could use him for. In short, it was a rescue mission. 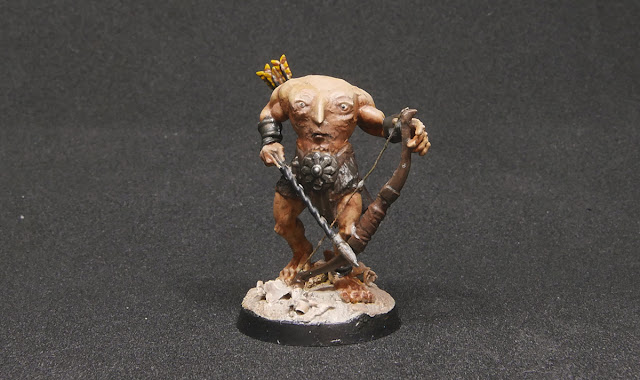 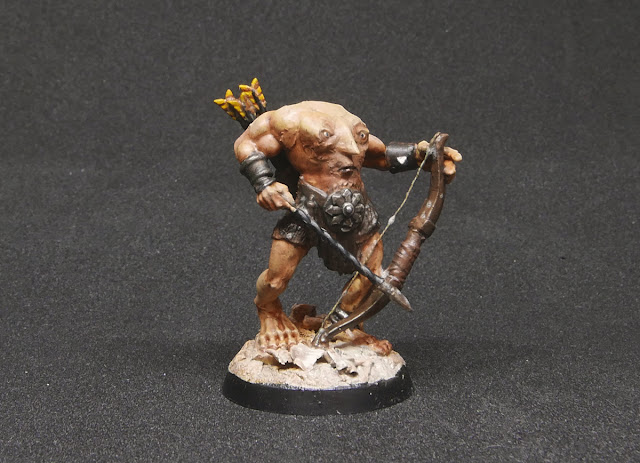 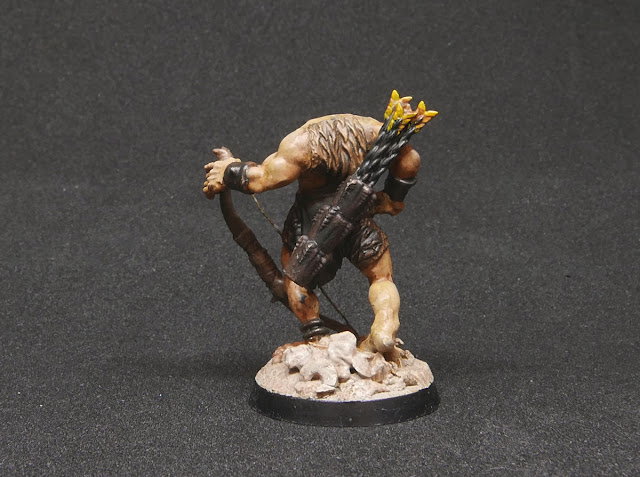 And the Blemmye was a total oddball project made of leftover bits. I made him over a year ago and he's been keeping the Dire Wolf company in the pile since then. I think he could work as an Obolic Old World memory of the Southlands, where no doubt there were lots of mysterious medieval beings we never got to see in Warhammer Fantasy.

Together I think they work as Obol's followers, a gang of miscellaneous scraps of the Old World. Really I'm glad I could use all these miscellanous kitbashes together in one project! Going forward it might be a useful place for any more misfit kitbashes I work on.