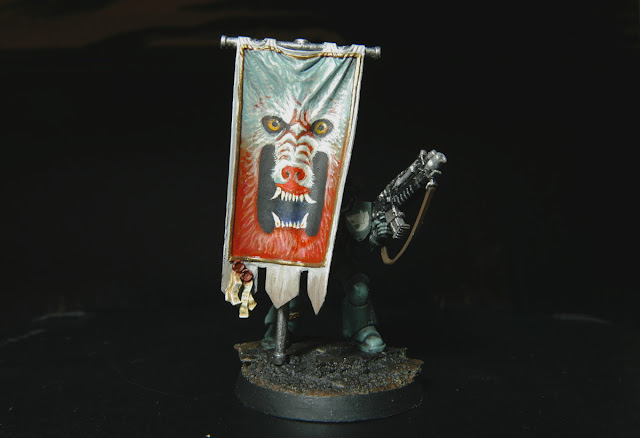 I can never resist a chance to paint a freehand banner. With a few easy-to-build Intercessors to test my Space Wolves colour schemes on, I had a spare Intercessor in circulation. So he got promoted to the army's banner bearer. More pics and lore below the jump. 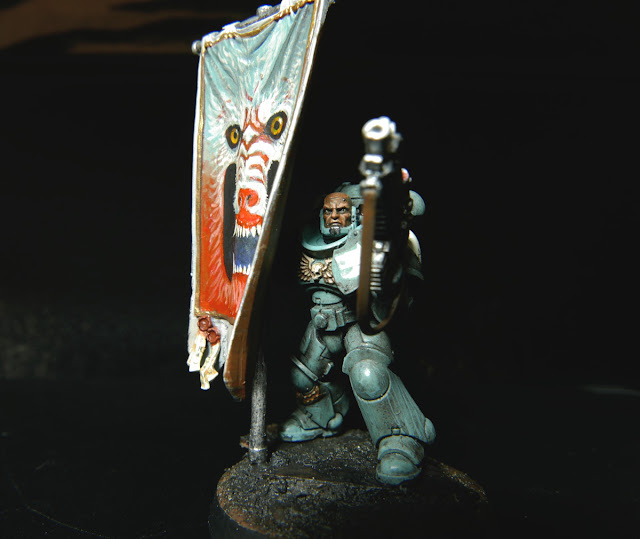 The Primaris Ancient in my Space Wolves bears into battle a Fenrisian heirloom tapestry, named The Snarl. The Space Wolves believe the fearsome visage depicted in The Snarl is able to stop the hearts of enemies who look upon it, just like a wolf's howl chills the blood of its prey.
There aren't many purity seals on my Space Wolves. I figure the chapter doesn't really adhere too closely to Imperial culture. However The Snarl has a few such seals. The Imperial officials who first witnessed the Space Wolves bearing The Snarl into battle were so unsettled by its imagery that they commanded that the banner be subject to stringent Ministorum testing for any possible taint of heresy, blasphemous content, or any otherwise non-Imperial magical influence. The banner was briefly confiscated for this investigation, an act that greatly displeased its owners. However, it passed its test with reluctant Imperial approval and was returned with purity seals indicating its officially sanctioned status. Nonetheless the banner is still regularly vetted by visiting teams of Officio Ministorum bureaucrats (after the first examination, The Snarl remains in the hands of the Space Wolves), frequently collecting newer purity seals reassuring scared Imperial officials of the banner's non-heretical nature in spite of its terrifying appearance. 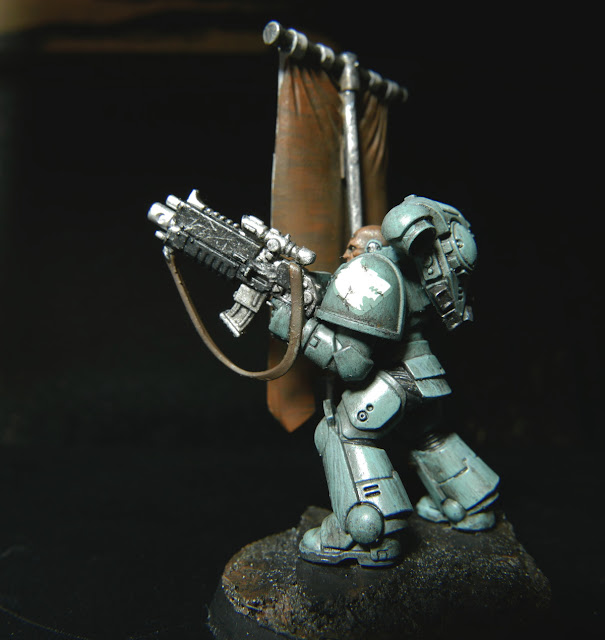